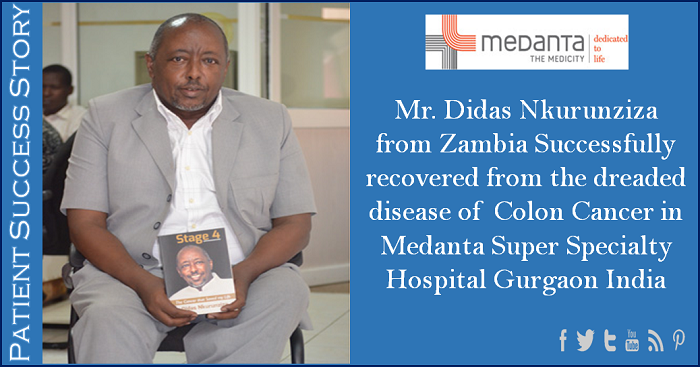 A 60-year-old man from Zambia, Mr. Didas Nkurunziza who recently suffered from the dreaded disease of colon cancer and successfully recovered from the same, has been very much vocal about his experience and the difficulties he faced as a cancer patient. He says that every cancer patient is apprehensive about the future journey of treatment and finds the need to hear success stories of this like taking disease to boost their will.

Mr. Didas started suffering from the symptoms of colon cancer back in 2018. No one could tell if his symptoms had anything to do with cancer. He started losing weight abnormally and had lost his appetite too. Diarrhea, nausea, and constipation were conditions that were now very usual for him. Since he was a patient of diabetes and hypertension already, he thought that all these symptoms were due to diabetes and took usual medicines to cope with the symptoms. However, these symptoms did not subside, upon which he decided to visit his doctor. After undergoing the general checkup, the doctor suspected that Mr. Nkurunziza was suffering from ulcers and prescribed a few medicines for the same. To Mr. Didas’s misfortune, he experienced no relief.

After this, the doctor suspected of polyps which are groups of cells that are formed on the lining of the colon. Treatment for this condition too went in vain.

Finally, the doctor recommended Mr. Didas to undergo endoscopy for examining his digestive tract. Based on the symptoms faced by him, the doctors suggested a colonoscopy for Mr. Dedas, which is a type of endoscopy for the colon and rectum.

In February 2019, Mr. Nkurunziza was diagnosed with a tumor in his colon. The Zambian patient says, “I was devastated with the result of the examination as cancer is a disease, you won’t even want your enemy to suffer from.  Keeping in mind my age and the underlying diseases I was already suffering from, I had no hope from even the most advanced Cancer Treatment. However, my doctors told me that willpower plays a very important role in a patient’s responses to the treatment. My family was broken with this news too and I couldn’t give up on myself that easily. So I decided to take a plunge and go forward with my treatment.”

The High Cost of Cancer Treatment

While sharing his experience further, the patient says, “I was from a middle-class family and had retired recently. Few hospitals that offered advanced treatment in Zambia charged heavily for the same and going to the western countries for more A-grade treatment at high rates was not an option for me and my family. India proved to be the best option for us in this situation as it offered the most advanced Colon Cancer Treatment at a truly affordable cost. 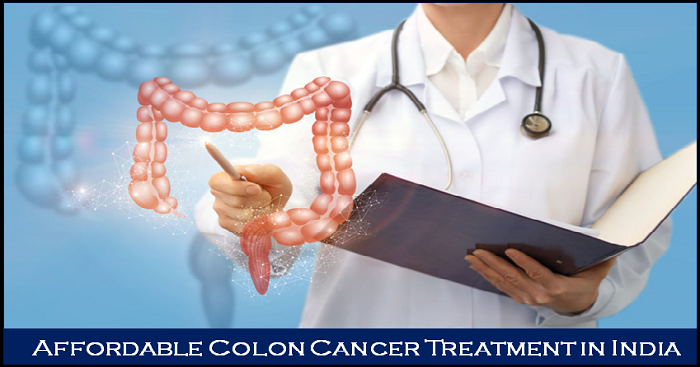 “In the month of February itself, I came to India with my wife for my Colon Cancer treatment. I was supposed to receive my treatment from Medanta Super Specialty Hospital Gurgaon India. In the same week for my arrival, I underwent the necessary tests before my treatment. Post the tests, it was revealed that my cancer was stage four and had spread to my liver too.

The doctors did not consider surgery as a treatment option for me as there was the risk of unsettling the cancer cells that had already spread in more than one organ of mine.

Finally, it was concluded by my specialists that shrinking the tumors through chemotherapy would be the best alternative for me.

After 12 cycles of chemotherapy, each of which lasted for 3 days, a PET scan in the month of April, revealed that all my tumors had shrunk by more than half. This meant that surgery would now be possible for me. However, I was put on a strict healthy routine for the same in order to obtain the best result.

In the month of June last year, finally my surgery was scheduled by the expert Cancer Surgeons at Medanta. It was a success and my family was overwhelmed to see me fit and healthy after this major surgery. Given the exemplary services I received in the past months, I decided to undergo my recovery in India itself.  This too was conducted at a minimal cost. By November end, post a PET scan, the doctors confirmed that there was no sign of the disease. I was suggested to undergo regular checkups and test every six months initially. This then reduced to once in a year and once in five years.”

Beating a deadly disease like cancer in a fragile age and condition and mine was no less than a victory to me. It was a journey and experience that taught me the value of my life and how granted I had taken it for. Overwhelmed with this experience, I felt the need to share it with everybody who is fighting this disease. Thus I wrote my first book. “Stage four, cancer that saved my life”. I hope people are able to derive hope and strength from it.

While for my treatment, I shall forever be grateful to India, for hosting such an extensive treatment with A grade facilities offered at a truly affordable cost. Thank you so much for this new life.”